How welcoming would it be if we could know well ahead that something is at the brink of tripping in our seemingly healthy lives leading us to illness or simply reduce our optimum performance. Is it not late enough if we rely on present day diagnostics that only confirms that there is something wrong with us. Or celebrate the power of modern tools of genomics that only tell us that we have a pre-disposition of having a life threatening disease, but provide no clue of when? Imagine, How many lives could be saved if we just knew that our health is on the verge of tipping to the 'dark-side'. How wonderful our health systems would be if only we had 'affordable molecular prognosis' for every human on this planet.

NO ONE SHOULD DIE OR SUFFER DUE TO LACK OF EARLY DIAGNOSIS. HEALTHY PEOPLE CAN CREATE A HEALTHY WORLD

Why sail the rough sea?

TECHNOLOGY IS POWER THAT NEED TO BE TAMED WITH DESIGN TO CREATE PRODUCT THAT CATERS DESIRABILITY, FEASIBILITY AND VIABILITY

Prantae was founded in 2015 by two young researchers, Sumona and Aseem, who had endured Pre-eclampsia first-hand. 25th week into a 'seemingly' normal pregnancy with all measurable parameters within acceptable limits, Sumona started bloating up a little, blurry vision and little loss of balance during climbing down stairs...pretty normal right. However, the couple did one right thing- revisit their O&G even though everything appeared normal during the last ANC done just 7-days ago. Immediate hospitalization and 72 hrs later, their daughter was delivered by an emergency C-section as Sumona was going into seizure due to high blood pressure. All prophylaxis failed. Their daughter came to this world weighing just 900g. For the next 45 days, the baby was put into an extremely well-kept NICU and survived the ordeals of the early days and has now grown to be a fine girl of 7 years. But not every mother-to-be who lands up in a complicated pregnancy is fortunate as much. Had there been a way to know that Pre-eclampsia was building up during the pregnancy, there were well defined ways to manage it and thwart the fatalities.

Does that not resonate with so many other diseases of the modern day. Diabetes, epilepsy and cancer, to name just a few.

With complimentary skills in research and administration, they decided to solve over-looked problems the 'tech-way'.  Prantae, is not simply a company of talented individuals aiming high. Like a pack of wolves, they will works relentlessly to make molecular prognosis possible. By merging frontier technologies in plasmonics and optofluidics. Prantae, is committed to develop 'affordable molecular prognostics' for all irreversible diseases. It professes that 'Know it well before, so that you can Prevent it'.

We are backed by 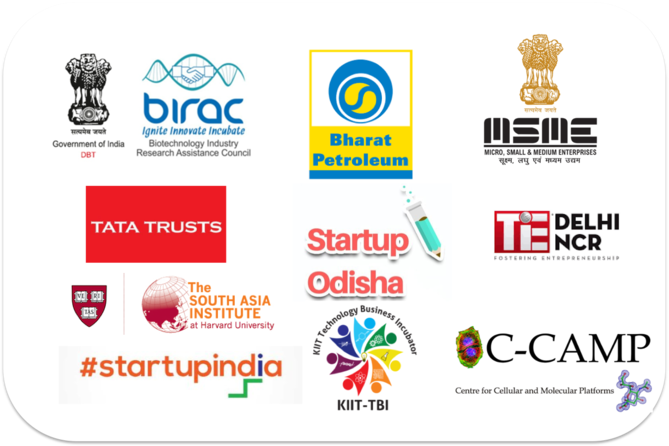